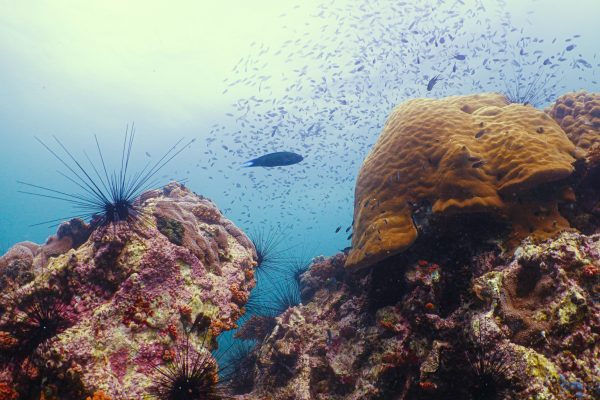 Just south of the southern tip of Sernaka Island in the Foul Bay archipelago.

The Kamash was a common fishing trawler that went down south of Sernaka Island in sweeping, windy conditions. Accurate data about its demise have been lost in the mists of time. Urban legend has it that the vessel’s nets get caught in the propeller when the engines were restarted to save it from its grave.

The remains and debris of the tilted vessel litter the sandy bottom at depths of 20- 50 meters. Its superstructure is inhabited by billowing swarms of glassfish. Hard and soft corals are slowing gaining territory, creating their colourful layers on railings. It is highly recommended not to penetrate the wreck The entrance of the service hatch at the helm is pretty narrow.